21st Century worked in collaboration with all stakeholders to ensure a smooth completion
Case Study by Journeo 1 March, 2018

21st Century were awarded a contract to install CCTV and associated infrastructure at three locations following the successful completion of design works previously requested by the customer.

The three stations were undergoing works to provide new DDA compliant footbridges and lifts. The works required cabling from the existing footbridges to be diverted to the new.

21st Century were tasked with providing the telecoms services for the new bridge as well as recovery of the old. The designs called for the replacement or diversion of all station cabling associated with the old bridges, allowing them to be demolished and CCTV coverage for the new bridge to be installed to current Network Rail standards.

All new equipment would be required to interface with existing legacy systems. Where cabling was being migrated it would have to be done in such a way that it did not affect the operational nature of the station or passenger facilities. 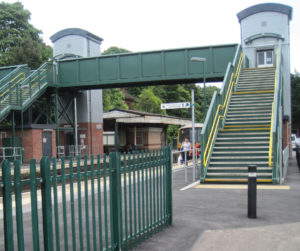 All three stations required two new DVRs, onto which existing cameras were migrated to replicate the existing situation. New cameras were then provided to supply Network Rail compliant CCTV over the new bridges, stairs and within the lifts.

The DVRs utilised were hybrid technology, allowing future integration with an IP system should a full IP roll out take place.

The existing assets from the old bridges were removed and recovered to allow them to be migrated on to the new cabling without impacting functionality whilst the station was open.

The three stations have been commissioned into service against the designs and the approved test plans. The coverage over the bridges has been accepted by Network Rail and legacy assets proved operational on the new cabling.

During the delivery of the project, 21st Century had to overcome obstacles that whilst not prohibitive to completion, required good contact with the customer and other stakeholders.

A number of the legacy assets were not suitable for migration due to their age and length of service. Where this occurred, 21st Century communicated with the client, proposing alternate solutions for agreement.

In addition, there was limited access to carry out the works necessary to install new equipment within ticket offices. 21st Century worked in collaboration with Arriva Trains Wales staff to ensure a smooth completion.

Any issues were communicated immediately with Balfour Beatty Rail UK and Network Rail to secure a good working relationship and ensure no delays to the programmed works. 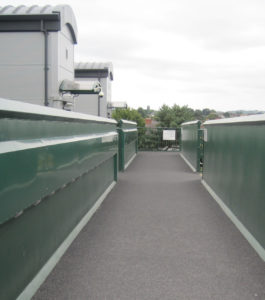